The Internet of Things has been a wildly exciting development in technology over the past few years, and is slowly but surely changing the way the world works. As more and more devices become connected, and the applications become smarter, the IoT has the potential to drastically alter civilization, mostly in that it can make everything from household functions to mass transportation more convenient. But while we talk a lot about the larger implications of the IoT and how it can make our lives run a little more smoothly, we sometimes ignore some of the good that it can do for society as well. 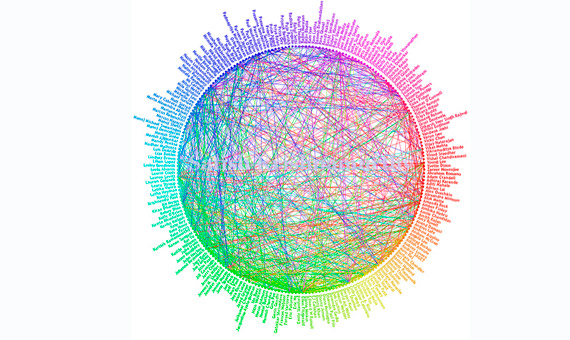 The truth of the matter is that even in these relatively early days of IoT expansion, connected devices are doing a lot of wonderful things for individuals, communities, and the world. Itâ€™s not just about making things work a little more quickly or easily. Just consider some of the following applications.

One article discussing the impact of smart home systems revealed that by the numbers, Americans spend an average of $2,100 a year on energy. Thatâ€™s a great deal of money to a lot of people, but itâ€™s also a number that can be reduced significantly by the simple implementation of smart home systems. Automated homes (which are essentially a branch of the IoT) now have the ability to monitor everything from air conditioning to lighting, such that your home only uses the energy that you need. Lights arenâ€™t left on unnecessarily, heating and air conditioning donâ€™t run when they donâ€™t need to, etc. Thus, as the IoT spreads more and more into homes, itâ€™s going to be saving people a lot of money in the long term, in addition to reducing energy consumption.

Just as IoT technologies can be used to enhance a home environment, theyâ€™re increasingly being installed in cities in an effort to conserve energy and make people safer. There are all kinds of specific applications that are being explored. For instance, in some cities weâ€™ll soon see street lighting systems that respond to human presence and turn off when theyâ€™re not needed. But perhaps most interesting from a safety perspective is the idea that as vehicles become more autonomous and more connected to the devices and environments around them, theyâ€™ll be able to provide drivers with real-time safety alerts and traffic notifications. Basically, this means that the IoT is enabling your city to protect you from dangerous circumstances.

On a smaller scale, one of the most remarkable IoT applications to be unveiled of late is a system thatâ€™s designed to help people who are blind or have significantly impaired vision to get around more easily. Itâ€™s an app that connects to the world around a user and automatically announces points of interest and cross streets, effectively functioning as a technological walking stick. It also comes equipped with a â€œwandâ€ that, when pointed in a given direction, will report whatâ€™s nearby or directly ahead. Basically, itâ€™s a full system that uses GPS and sensors to paint a full picture of a userâ€™s surroundings for purposes of navigation. As it is refined and improved, an application like this has the potential to completely alter the lifestyle of someone with a severe visual impairment.

Fitness trackers are commonly noted as some of the most usable IoT applications in our everyday lives, and itâ€™s true that theyâ€™ve had a major impact on a lot of people. These trackers communicate on their own with apps and web applications in order to record and analyze our activity and keep us healthy. However, FitBits and Nike FuelBands are far from the only health-related IoT applications being used today. In fact there are all kinds of health-related tools used to monitor everything from fertility to body temperature. There are even IoT-connected implants being used in some hospitals to keep tabs on patients who might struggle with things like blood sugar or blood pressure. In short, the IoT is helping to create a massive safety net to monitor basic health issues.

These are still just a few of the many ways in which the IoT is being used not just for convenience and efficiency, but to do genuine good in our lives and in the world. The most exciting thing, though, is that weâ€™re barely out of the starting gate.