The origin of the concept of smart cityÂ goes back thirty years. It arose in response to what is today recognized as being one of the major challenges of the 21st century: sustainability. The members of the UN World Commission on Environment and Development were concerned about the impact of human activity on the Earth, and ordered a study to assess how it could be halted. Known as the Brundtland Report in honor of the Norwegian politician who headed it in 1985, the study contains the first definition of sustainable development as â€œdevelopment that meets present needs without compromising the needs of future generationsâ€.

Another twenty years passed before sustainability became â€œthe new religionâ€ of our time. Even the most â€œun-greenâ€ politicians and the CEOs of multinationals insert the term â€œsustainabilityâ€ into their rhetoric.

In an article published last May in the magazine Forbes, Steve Banker, head of the logistical consulting team at ARC Advisory Group, examines the relationship between business and sustainability. In it he refers to a study by the Governance & Accountability Institute which reveals that 72% of the companies listed in the S&P 500 produced a report on sustainability last year. In 2011, only 20% of companies did so. 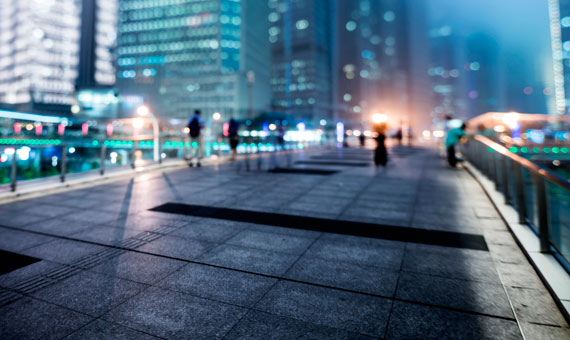 In this context of communion with sustainability, cities, because they act as major population supports, have become the key players in the sustainability discourse. This can be both in terms of their role as vast and menacing black holes, and as the primary scenarios for the sustainability industry. International bodies lay alarming statistics at their door, and assume a pessimism worthy of the French philosopher Rousseau, who believed that cities represented the lowest depths to which the human species could fall. The World Bank therefore puts us in an unenviable conundrum when it forecasts that within fifteen years, 82% the world population will live in an urban conglomeration. Or the OECD when they warn us that the consequence of this enormous concentration of people will speed up climate change, as carbon dioxide emissions will increase by 70%.

Thus whereas the report headed by Gro Harlem Brundtland promised to achieve sustainable development by moving towards a network of solutions, which was endorsed by the United Nations in 2012, multinationals like IBM, Cisco, Siemens and Microsoft conceived the idea of the smart city as an antidote to combat polluting activities. In the name of sustainability, technology companies rushed to manufacture solutions for problems that no one had even considered before then.

The case of Spain

One of the first cities in Spain to experiment with the term â€œsmartâ€ was Malaga. It did so in 2009 with a project headed by the electricity company Enel. It had a budget of 31 million euros, and the companies taking part in it included IBM and Acciona, along with several universities and research centers. After five years, Enel compiled the results in a White Paper. The conclusions were that in the area of the city where the project had been applied, electricity consumption had fallen by 25% and CO2 emissions by 20%.

Another pioneering city in applying the smart concept to the management of services was Santander. The mayor, IÃ±igo de la Serna, also chairman of the Spanish Smart Cities Network (RECI), proposed to place the Cantabrian capital on the global map of smart cities. In 2011 he set up the SmartSantander project, an ambitious initiative that involved deploying over 15,000 sensors around the faÃ§ades of buildings, containers, bus shelters and road surfaces in the capital. The devices collected information on the state of the traffic, pollution, noise and garbage levels, and sent it all to a vast database where it was ordered and sorted by Big Data instruments. 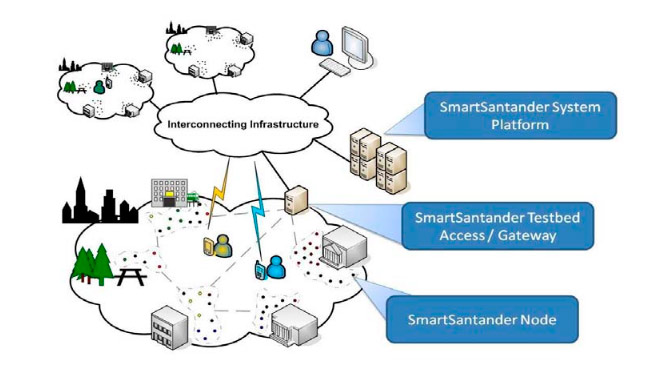 The project, which ended in December 2014, allows the residents of Santander to find out how long they need to wait for the next bus, which parking places are free, and the least congested streets for drivers. The Cantabrian capital has also recently installed the only 4G lamp post in Spain. Developed jointly by Ericsson and Phillips, it has a WiFi connection and â€“thanks to its LED technologyâ€“ saves the council up to 80% in lighting costs.

Today it is the cities themselves that are spearheading most of the actions on the sustainability front, often going much further the possibilities of the national governments and their particular circumstances allow. This is the case of Barcelona, a city that has become a world benchmark for smart cities, ahead of even London and New York. The British consulting company Juniper Research named it this yearâ€™s Global Smart City.
Its smart water represents savings of 58 million dollars a year. The same occurs with the public lighting costs, which it has managed to reduce by 30% thanks to the use of Led technology. It has also boosted its revenue for parking on public highways by 50 million dollars. 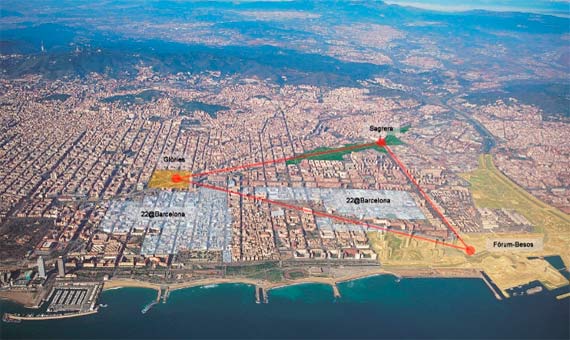 Barcelona was one of the first cities in the world to detect both the vast potential of cities as urban laboratories for technology companies, and also the radical change in the role played by citizens thanks to the dawn of the knowledge and information society. Fifteen years ago, the Massachusetts Institute of Technology (MIT) opened the first Fab Lab (a place where citizens can build things with digital tools), and fifteen years ago the Barcelona city council launched Distrito22@ in the Poblenou district, with the aim of transforming 200 hectares of industrial land into an innovative and knowledge-based district. The result of that initiative is the 22@Urban Lab project, whose goal is to promote the city as an urban laboratory and convert the district into a testing ground for companies working on innovative solutions. Barcelona also has a Fab lab â€“considered one of the most important in Europeâ€“ and other spaces built by the citizens, including the atheneums. Barcelona is the site of some of the most prestigious international conferences in the sector, including the Smart City Expo World Congress, the Smart City Campus and the Mobile World Congress 2015.

Far more so than microcircuits, citizens have become the smartest and most highly skilled sensors for analyzing urban services. They voice their opinions about them on the social networks and thus become the best source for feeding Big Data.

In this era of digital governments and citizen empowerment, local residents assume the category of clients, which radically changes the model of relationship between citizens and their governors. The capabilities offered by the social media to the new citizen-sensor are triggering a â€œtripadvisor effectâ€, whereby each action of the municipal government is assessed, evaluated and rated. Everything from garbage collection or the change of direction in a street.

The Dutch sociologist Saskia Sassen, PrÃ­ncipe de Asturias Social Sciences Prize in 2013 for her contribution to â€“and as a driver ofâ€“ the concept of global city, among other merits, maintains that cities are not machines, and points out that technology must be at the service of citizens and not vice versa. Sassen champions an open-code urban system so the city can maintain a dialogue with its inhabitants, and she deplores closed interactive technologies because they act as hidden spies and cause â€œde-urbanizing effectsâ€ on the city.

In an interview with the journalist Alfonso Armada in May 2013 for the newspaper ABC, Sassen recounted that one night when she was walking with the head of urban planning in Berlin, he told her his greatest challenge as a planner was to get people to come out into the street at night. The interviewer asked whether she meant â€œgetting out into the streetâ€ the way people do in Madrid, and the sociologist answered: â€œExactlyâ€. It is flattering that a leading light in the field of urban planning like Sassen should be of the opinion that the prevailing feature of Madrid is not its traffic, but a â€œdeep and heartfelt urban experienceâ€.

The business figures compiled by the consultants, along with the policies defended and promoted by international bodies like the European Union and national, regional and municipal governments, are an unmistakeable sign that we are in the era of smart cities. The Spanish executive recently approved the endowment of 188.3 million euros for the National Smart Cities Plan. Apparently there is currently no Spanish city, large or small, that does not flaunt its â€œsmartâ€ credentials. Last year, Boyd Cohen, an expert in sustainable cities, published an article in i.ambiente where he asked: Why does Spain have such a good ecosystem for Smart Cities? Cohen finds it remarkable that in a country like Spain â€“with 47 million inhabitant struggling to cope with the recessionâ€“ there are more activities on Smart Cities than in the United States, which has over 300 million inhabitants and is known for its systems of innovation. According to Cohen, Spain is on a par with world leaders like Holland or the United Kingdom in promoting the smart cities agenda.