The Internet of Things (IoT) is the network of physical objectsâ€”devices, vehicles, buildings and other items which are embedded with electronics, software, sensors, and network connectivity, which enables these objects to collect and exchange data. Implementing this concept is not an easy task by any measure for many reasons including the complex nature of the different components of the ecosystem of IoT.Â  To understand the gravity of this task, we will explain all the five components of IoT Implementation.

According to (IEEE) sensors can be defined as: An electronic device that produces electrical, optical, or digital data derived from a physical condition or event. Data produced from sensors is then electronically transformed, by another device, into information (output) that is useful in decision making done by â€œintelligentâ€ devices or individuals (people).

The selection of sensors greatly impacted by many factors, including:

The driving forces for using sensors in IoT today are new trends in technology that made sensors cheaper, smarter and smaller. 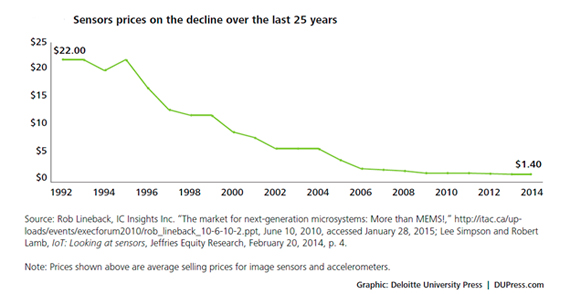 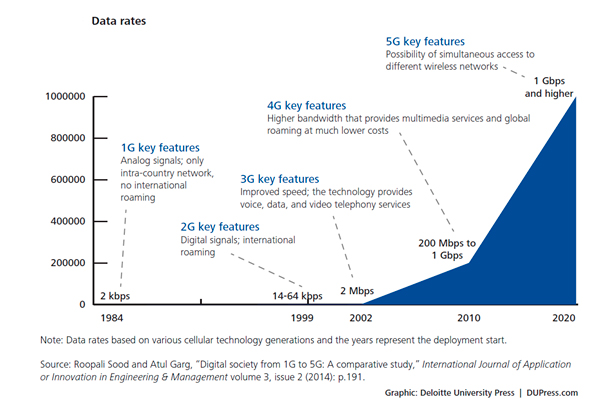 The driving forces for wide spread network adoption in IoT can be summarized as follows:

The third stage in the implementation process includes the sum of all activities of handling, processing and storing the data collected from the sensors. This aggregation increases the value of data by increasing, the scale, scope, and frequency of data available for analysis but aggregation only achieved through the use of various standards depending on the IoT application in used.

Two types of standards relevant for the aggregation process; technology standards (including network protocols, communication protocols, and data-aggregation standards) and regulatory standards (related to security and privacy of data, among other issues).

Challenges facing the adoptions of standards within IoT

Challenges facing the adoptions of intelligent analytics within IoT

Intelligent actions can be expressed as M2M and M2H interfaces for example with all the advancement in UI and UX technologies.

Factors driving adoption of intelligent actions within the IoT

Challenges facing the adoption of intelligent actions within IoT

The Internet of Things (IoT) is an ecosystem of ever-increasing complexity, itâ€™s the next weave of innovation that will humanize every object in our life, which is the next level to automating every object in our life. Convergence of technologies will make IoT implementation much easier and faster, which in turn will improve many aspects of our life at home and at work and in between.

Credit and more information about this topic can be found in http://dupress.com/